“This was really useful for our last lab in science”.

That was a win. In mathematics this year I wanted to address a problem I saw when proofing reports last year. In a nutshell I was proofing middle school reports and there was a glaring area requiring assistance. Processing data needed attention. I delved further as mathematical assistance would probably help.

Bivariate data analysis. Kids weren’t choosing scatter graphs and were asking technology to find trend lines without much work at how that happens.

I think teaching this is in a scientific context is the best way. Teaching in context just makes sense. In our curriculum the mathematics came at the end of the grade 8 year, so this year it is combined with algebra. We’ve called it Patterns and Prediction. Science likes it so much that we are planning to kick off next year with this unit.

One of my goals for my students is for them to be able to converse with anyone. I have a few things I do for this, but talking about the weather, it’s handy. To prepare students for their Interdisciplinary Unit (IDU – MYP term) we used data banks of Latitudes and Temperatures. Each class had to form a hypothesis and then we used Google docs to collaborate when collecting data.

Using the science departments guidelines we took grade 8 students on a journey that included:

They are now forming their own hypotheses and hunting for data (we have set up a Diigo group to get them started) so they run their own lab. Students will be using all of their mathematics and science classes this week and will be assessed in both classes.

Have a look at the graph above that I included for practice. Can you see the problem? It’s not with pattern spotting. It’s what the pattern predicts. Glad I am not  a bunny. 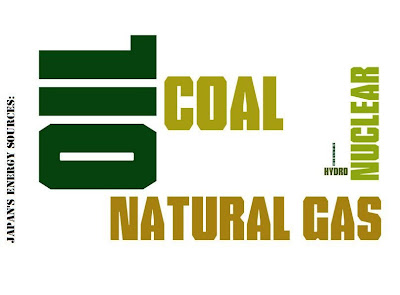 fter the earthquake and tsunami in Japan it was apparent that general knowledge about nuclear energy isn’t so general. Quite a number of people confessed to not understanding it. There is also the fear of the unknown expecting the worst and believing all that they hear.

At my school teachers in grade 8 decided to change the IDU planned and put one together on nuclear energy. Students would take on roles and enter into an open debate at the end of the day. The topic under discussion was to do with Vietnam’s plan to build a nuclear power plant. Should we go ahead.

Which country has the most power plants? Which countries use nuclear energy? Does your country? 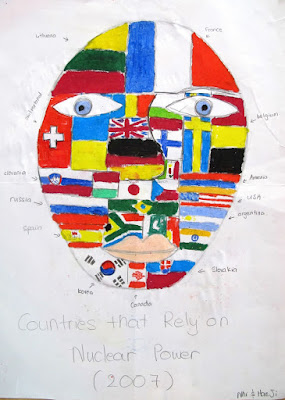 In mathematics I asked them what they knew and what they wanted to know. Then we set about getting the data to help create a clearer picture. Before the day set aside for group work and then the forum my class had three lessons to discuss, research and throw together a data visualisation about nuclear energy or what happened in Japan.

Students looked at energy consumption and production. They have cited their sources and have produced some pretty good visualisations, especially considering the time.

This is the link to the IDU wiki, on wikispaces, where you can see how it was all put together. I can’t take credit for it as I was in India at a wedding. Upon returing to Hanoi I checked my emails, saw the plan and said my class would be up for joining in.

We spoke about data visualisation and I showed them some of my favourite sites and we set up a diigo group, where students could bookmark sites they found and used to help them with their research or visualisation ideas.  It was also their first time using Diigo or any type of social bookmarking.

They may not be without error, but they are close enough and are confronting. There are even a few standard Excel type charts with one incorrect format, but the idea was to let them choose how to best make an impact.  More time to teach and scaffold would have been great, but I wanted to work in conjuction with the IDU and it was current.  I am very pleased with the final products, as were the students.

At no point were they directed to any specific software. I just them go.

This wasn’t a stats unit, more a three day intermission into our usual course. If you do teach stats and don’t read The Guardian Data Blog, you’re making your life more difficult. Encourage your students to have a look too.

What a month it has been, in every way. From a wedding in Goa (not mine), checking out endangered primates on a school field trip, building evictions (strange family owns apartment building) and a move to new house in an exhausting five day turn around, reports going out for the third time this year (5.5 weeks until the next batch – hmmm) to bundling up my students’ internal assessment projects for the IBO to moderate.  To say I was tired, it’s just not expressive enough. “Met qua” is how we say it in Viet Nam, and it feels right. You can hang on that qua to emphasise the level, but not as a crescendo, dampening the sound at the end. Me, “met quaaaaaaaaaaaa”. It’s like a verbal graph. Nice.

Naturally there were still classes going on so I also have a month of pretty interesting things to talk about. With so much to report this might get swirly or I might write a few posts and then link.  By the time you read this, the structure will be obvious.

Poetry week and the mathematics classroom.

Joining in with science, humanities, languages and more for an IDU on nuclear energy. My class joined in to create some data visualisations.